The ‘Missed Call’ phenomenon is a ‘Jugadi’ concept innovated and used mainly by Indians. The caller dial a number and when it rings once or twice he cuts the call; naturally, the person on the other end will call back; thus saves money by the caller. It is called Jugad.

Chotukool is a low-cost solution to preserving perishable foods for longer periods, mainly meant for villages who had never used a refrigerator before. Chotukool is the brainchild of Gopalan Sunderraman, Executive Vice President of Godrej & Boyce Manufacturing, a 100-year-old company based in Mumbai, India.  Chotukool is a 45-liter plastic container that can cool food to around 8 to 10 degrees on a 12-volt battery. Abandoning the compressor technology used in domestic fridges, it uses a thermoelectric or solid state cooling system. It does not have a front opening door but opens from the top to ensure that the maximum amount of cool air remains in the container when opened.  Chottucool the prestigious Golden Edison Awards. It is also a classic example of Jugadi.

“Jugaad is a native Hindi word and which has become a buzzword all over the world and especially in management fields. It is the solution from out of the box thinking. It is the need of the hour, quick and using the locally available resources to fix the problems. ” Says a former Deputy Chief Engineer, Mr. Manoj Charantimath. He continues ” Developed countries have a routine and standard lifestyles with a set of solutions say X, Y, and Z and they use the best out of them. If any small problem arises in their lifestyles, they panic as they are not used to such problems. 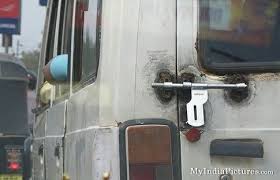 India is a developing country, every day one or the other person encounters typical problems. Solving the problems is part of their life. Different situations inspire ingenious solutions. To solve these problems one doesn’t need any special skills, big investments, in fact, the solutions are unplanned. They are intuitive and sixth sense solutions. It is a frugal innovation. They look very simple but very useful. “

According to Wikipedia ” Jugaad (alternatively Juggaar) is a colloquial Hindi (Devanagari: जुगाड़) and Punjabi word, which has various meanings depending on the situation. Roughly translated, jugaad is a “hack.”[1] It could also refer to an innovative fix or a simple workaround, a solution that bends the rules, or a resource that can be used in such a way. It is also often used to signify creativity: to make existing things work, or to create new things with meager resources.”. Recently, the word Jugaad is added to the Oxford Advanced Learners Dictionary too.

Jugad is a very raw innovative product or system invented for the immediate use. For example, a water bottle can be converted into a water spray.  Whether it involves broken belt buckles that have been replaced with forks, small chairs tied to the front of motorcycles to provide extra seating, or washing machines used to churn out the butter. Have you ever thought of fixing a cycle bell on your motorbike when the honk was not working? Examples of jugaad can be seen every day in India.

The world famous Dabbawallah of Mumbai is the prime example of Jugaad. The dabbawalas collect hot lunches in lunchbox from homes and restaurants and deliver to people at work in India. The empty boxes will be collected and returned to home before the worker reaches home. It is a network of over 5000 people delivering over 8 million lunches every year for the last 127 years. The error rate is 1 in 16 Million.

Around 8 million lunches are delivered every year by dabbawalas ( ) … And no better example of this intricate system shines through than in Mumbai. … process an efficient breeze for the last 127 years, feeding thousands daily.

Jugaad’s primitive version was an innovation out of situation especially for manipulation in one way or other. For example, empty mineral water bottles were used to refill ordinary water with a sealed cap and sold for a premium price.

Over the years the concept has changed from cunning to ingenious. The corporates and business schools refer the term ‘Jugaad’ as ‘ Crisis Management’ for ‘ Frugal Innovation’. In short, it is a ‘ make it with what you have to get it run.

The main problem with such innovations are it is not accepted widely and cannot be fitted to every situation. According to Rishikesha T Krishnan, a professor at IIM Bangalore, products made from jugaad do not count as innovation because they lack the ability to scale and do not fit with the aspirations of the mainstream Indian consumer.

But these small efforts can contribute to a larger innovation, at least one out of a thousand.

Sites of interest we have a link to.

I absolutely love your blog and find the majority of your post’s to be exactly what I’m looking for.
Does one offer guest writers to write content for yourself?
I wouldn’t mind producing a post or elaborating on a lot of
the subjects you write about here. Again, awesome web site!

Excellent goods from you, man. I’ve understand your stuff previous to and you
are just too fantastic. I really like what you’ve acquired here, really
like what you are saying and the way in which you say
it. You make it entertaining and you still care for to keep it wise.
I cant wait to read far more from you. This is really a wonderful website.

After looking at a few of the blog articles on your site, I honestly appreciate your way of blogging.

I book marked it to my bookmark website list and will be checking
back soon. Please check out my web site too and tell me your
opinion.

We are a bunch of volunteers and starting a brand new scheme in our community.
Your site provided us with valuable info to work on. You’ve performed a formidable job and our whole neighborhood will be grateful to you.

I just could not leave your site prior to suggesting that I extremely loved the usual info an individual
supply in your guests? Is going to be again incessantly
to check out new posts

Truly no matter if someone doesn’t understand after that its up to other
people that they will assist, so here it takes place.

Nice post. I learn something new and challenging on blogs
I stumbleupon every day. It will always be interesting to
read through content from other writers and practice a little something from other
web sites.

Wow! This blog looks just like my old one! It’s on a totally different topic
but it has pretty much the same page layout and design. Great choice of colors!

For the reason that the admin of this web site is working, no question very shortly it will be famous,
due to its feature contents.

Does your site have a contact page? I’m having a tough time locating it but,
I’d like to send you an email. I’ve got some creative ideas for
your blog you might be interested in hearing.
Either way, great site and I look forward to seeing it
expand over time.

It’s a shame you don’t have a donate button! I’d without a doubt donate to
this brilliant blog! I guess for now i’ll settle
for bookmarking and adding your RSS feed to my Google account.
I look forward to brand new updates and will share this site
with my Facebook group. Talk soon!

Sling tv coupons and promo codes for november 2018
First off I want to say great blog! I had a quick question in which I’d like to
ask if you do not mind. I was curious to know how you center yourself and clear
your thoughts before writing. I’ve had difficulty clearing my mind in getting my thoughts out.

I do take pleasure in writing but it just seems like the first 10 to 15 minutes are wasted just trying to
figure out how to begin. Any suggestions or hints?
Cheers! Sling tv coupons and promo codes for november 2018

I believe everything said was actually very reasonable.

However, think about this, suppose you added a little content?

I ain’t saying your information isn’t good, but what if you added something to possibly grab folk’s
attention? I mean THE ‘MISSED CALL’ PHENOMENON – Tourways Intl is
a little plain. You ought to look at Yahoo’s home page and
see how they create post headlines to grab viewers
to click. You might add a related video or a pic or two to grab readers interested
about everything’ve written. Just my opinion,
it could make your posts a little bit more interesting.

Thank you for some other great post. Where else may just anybody
get that kind of information in such an ideal manner of writing?
I’ve a presentation subsequent week, and I am at the look for such
info.

Admiring the time and effort you put into your website and in depth information you present.
It’s good to come across a blog every once in a while that isn’t the
same out of date rehashed material. Fantastic
read! I’ve saved your site and I’m including your RSS feeds to my Google account.

Heya outstanding website! Does running a blog similar to
this require a massive amount work? I’ve absolutely no understanding of coding however I had been hoping to start my
own blog in the near future. Anyway, should you have any ideas or tips for new blog owners please share.
I know this is off topic but I simply had to ask. Many thanks!

I don’t know whether it’s just me or if perhaps everybody else encountering problems
with your website. It looks like some of the text within your posts are running off
the screen. Can someone else please comment and let me know if this is
happening to them too? This may be a issue with my web
browser because I’ve had this happen previously.
Cheers